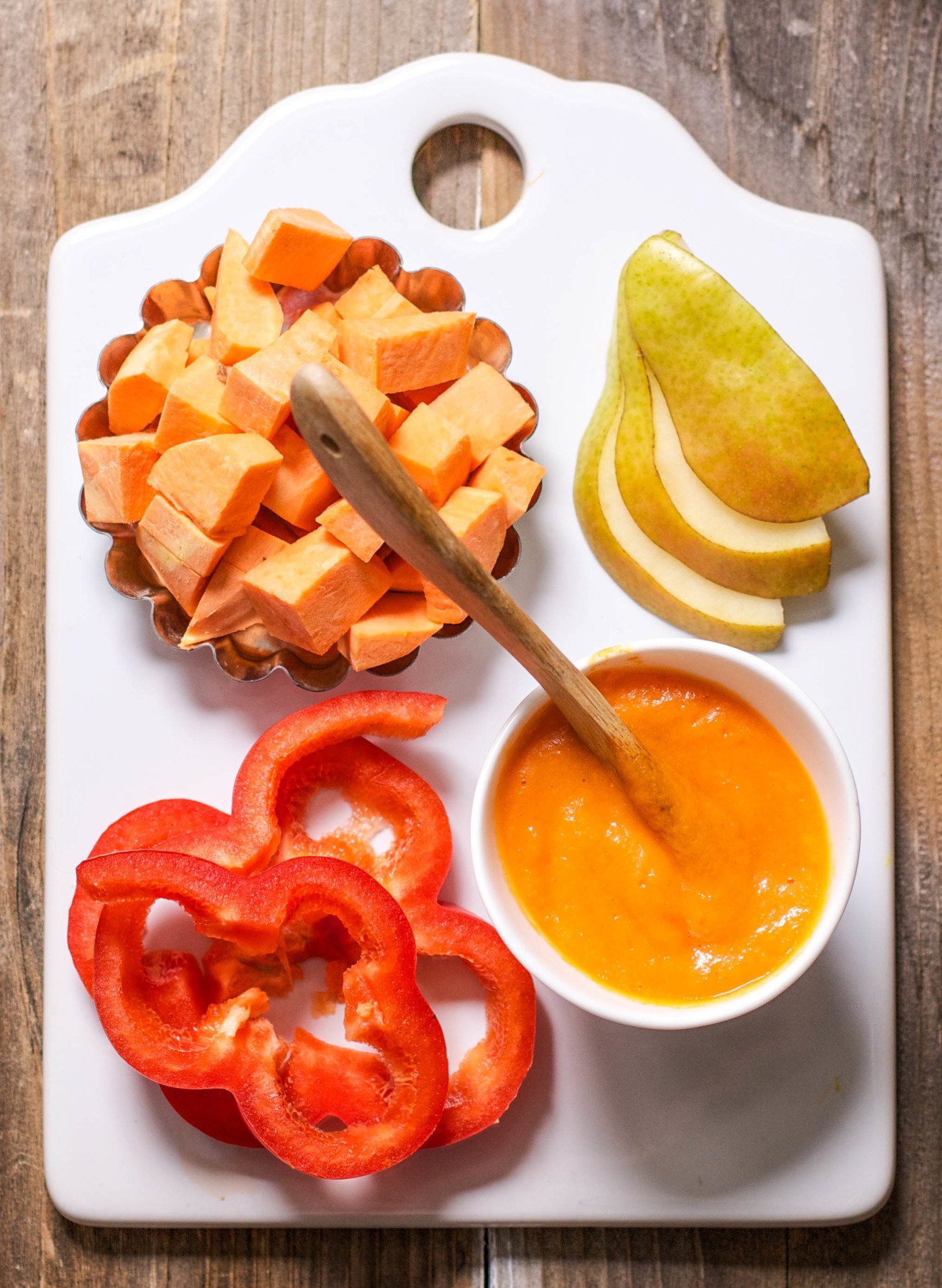 This mega-watt puree is not only a beautiful thing to look at it is loaded with vitamin A, B6, C, E, folate, beta-carotene, potassium, calcium, lycopene and fiber. Whew….that just wiped me out. Combined these nutrients help reduce the risk of cancer and heart disease, helps sustain healthy cholesterol levels, protect the body against rheumatoid arthritis, prevent the development of cataracts and help alleviate baby’s constipation! All of that in one pretty looking puree.

Ingredients:
Instructions:
1- Peel and chop sweet potato.2- Seed and chop red pepper.3- Core and chop pear.4- Place sweet potato in steamer pot over boiling water, covered, for 10 minutes. Add red pepper and pear and steam for another 5-10 minutes or until pear is tender. Let cool slightly.5- Add all ingredients into blender and puree until smooth, adding steamer water in 1/4 cup increments, if needed.Will last 4 days in an air-tight container in fridge or 4 months in freezer.
Details

How a Stranger’s Comment Changed the Way I Parent

We’d spent a few hours at the beach during our Spring break trip to San Diego when the weather turned and we decided to pack it up and head out. I juggled sandy beach toys and wet towels in my arms and attempted to convince my 2-and-a-half-year-old that it was a good idea to leave the endless playground that is the beach while my husband followed behind with the folding chairs and our crying 4-month-old. As we trudged through the sand, I noticed an older man look at us and heard him comment sweetly to his wife: “Those were the days, weren’t they?”

I stopped — not physically, because that would have sent plastic toys flying and my toddler running — but inwardly, and when we got back to the car my voice cracked as I told my husband what I’d heard. There weren’t actual tears, though that wouldn’t have been too surprising for my sentimental self, but I got emotional thinking about it. These are the days. We’re in them, living them. Right. Now.

It was a powerful reminder for me as a mom. Especially as a mom who, at the time, was only four months in with two kids and who’d spent the first eight weeks after my second son’s birth wondering how on earth anyone has more than one child and their sanity. It had taken me a while to get into a groove and there were more than a few mornings when I had to force myself to get up to tend to a crying child and even more afternoons when I wondered how early was too early to pour a glass of wine.

Juggling 2-year-old tantrums with nap schedules and never-ending bedtime routines makes for some long days, and when you throw in being responsible for actually feeding the entire family and maintaining the relationship that got you there in the first place, it can be overwhelming.

The grocery shopping and the lunch packing and the endless picking up of toys. The busyness of all the little things starts to drown out the beauty of it all as one big thing. It’s easy to lose sight of how magical a time it is when you’re in the middle of the everyday, but that man’s comment reminded me that the days when our children are little are the days that we’ll be nostalgic for once they’re calling us for money instead of whining for more Cheerios.

In the weeks since, I’ve made a conscious effort to replay those words and that scene at the beach in my mind. We were sticky with sunscreen, hair tangled from the wind, hands full of stuff, dragging our babies through the sand, and instead of seeing chaos, that man saw us as a beautiful memory of his own young family. We were the highlight reel.

The potty training accidents, the endless snack requests and subsequent spills, the constant fight over the need to actually be buckled into a car seat — these may not be the highlights of each day, but somewhere along with that first baby smile, the hilarious comments only a toddler is capable of making, and the out-of-nowhere hugs that make you want to freeze time, they all combine to make one amazing lifetime of experiences.

The challenge is remembering that the next time your toddler intentionally throws a plastic fire truck at your infant’s head after they both refused to nap all day and you just realized there’s no food in the house for dinner. Man, these are the days. 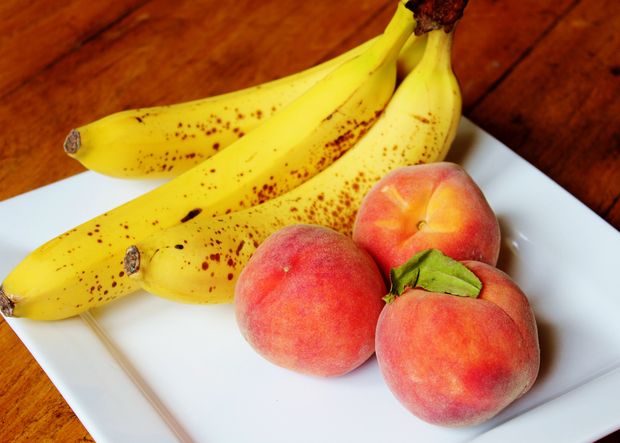 32oz of peaches – frozen or fresh

A 32 oz bag of peaches and 2 bananas will make two ice cube trays total of food plus a small bowl to taste test.

To help you choose the CityGrips with the best fit for your stroller, we have put together a table featuring our customers’ most popular stroller brands and models.

Check out the CityGrips Fit table.

If your stroller brand or model isn’t yet featured on the table, you can enter your details at the bottom of the CityGrips Fit page and we will add it to the list.

Tell us your stroller must haves in the survey.

“City Grips stroller handle bar grips protect my hands from dirt and sweat. I just feel so much better now that I have these.” 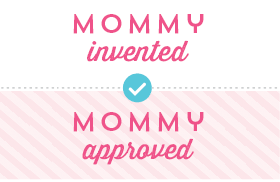